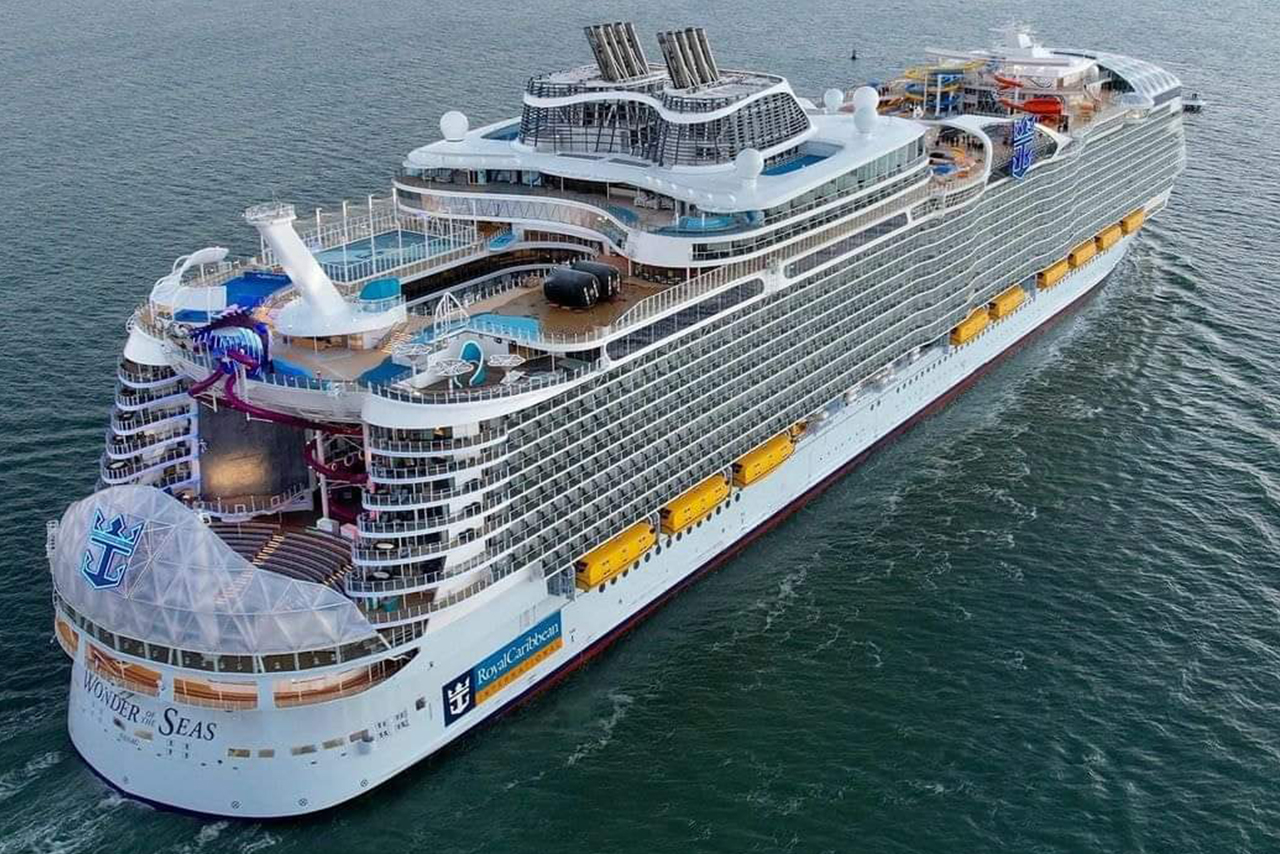 The Wonder of the Seas, the largest cruise ship in the world, arrived at the Taino Bay port, making its entrance to the bay of Puerto Plata at 8:30 am and slowly beginning its approach through the bay.

The process of reaching the limit point of the port took approximately 10 minutes before the gaze of numerous people who went to the lace of the boardwalk to witness the arrival of the cruise ship, which with its 362-meter length (length) and 64-meter beam ( wide) is currently the largest ship in the world.

The impressive jewel of navigation built at the Chantiers de l’Atlantique shipyards in San Nazario, France, cost 1.2 billion euros, approximately 1.35 billion dollars, at the time of its construction.

It has 18 decks and a gross tonnage of 236,867. It has eight neighborhoods, including its new area of suites.

It arrived on the second day of the year, in a historic month of January for the country’s cruise industry, since the arrival of 73 ships is expected in Puerto Plata alone.

It represents the highest number of vessels received since the entry into operation of the second cruise port in the Taino Bay area on December 15th, 2021, and since Carnival Cruise Corporation’s Amber Cove began its activities on November 2nd, 2015.

The Wonder of the seas plans to leave Puerto Plata at 4:30 in the afternoon, bound for the port of Charlotte Amalie in Saint Thomas, Virgin Islands, from where she will visit the island of Saint Martin and then return to Florida.