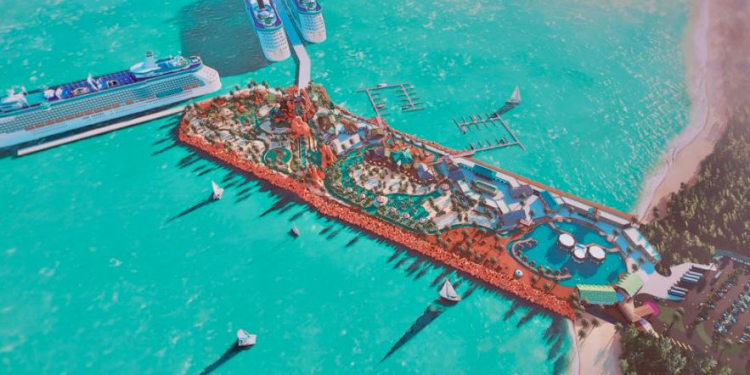 President Luis Abinader announced that by November 2023 the port of Cabo Rojo in Pedernales, currently under construction, will begin to disembark tourists.

The port is only part of the Pedernales project that will allow “having one of the most important tourist centers in the region in the coming years and of which we have begun the infrastructure works months ago,” the president pondered in his speech for the second anniversary. of government.

The Pedernales development plan includes the construction of hotels, 12,000 rooms, an international airport, a port, and the completion of all necessary basic infrastructure works, such as the construction of an aqueduct, a water treatment plant, and a electrical transmission.

Abinader said that the construction of the first hotel is already being put out to tender and the tenders for all those in the first phase, which are 11, will be uploaded monthly.

In addition, he announced that the airport designs are almost ready to go up for bid.

The Manzanillo project has been put out to tender and the largest power generation plant in the country was awarded with its fuel deposit that will provide great energy security to the northern region, assured the president.

In addition, he said that the shipyard project has been awarded and the new dock is in tender.

He explained that, smaller in size, but with the same impetus, work will begin on the Bergantín project in Puerto Plata in the coming weeks, after more than a year of design.

“These projects will be a global example that we can all see and will have an important impact on the lives of thousands of Dominican men and women; they will definitively change the face of the entire country and will bring thousands of direct and indirect jobs, boosting local economies and providing great economic growth”, he assured.

The official said that, apart from the projects in public-private partnerships, hundreds of private sector plans are being developed in tourism, free zones, industries and real estate throughout the territory.

He indicated that these developmental initiatives will definitely change the face of the entire country and will bring thousands of direct and indirect jobs, boosting local economies and providing great economic growth.

Related Topics:Pedernales Dominican Republic
Up Next

A new cruise terminal and tourist facility is coming to Samaná