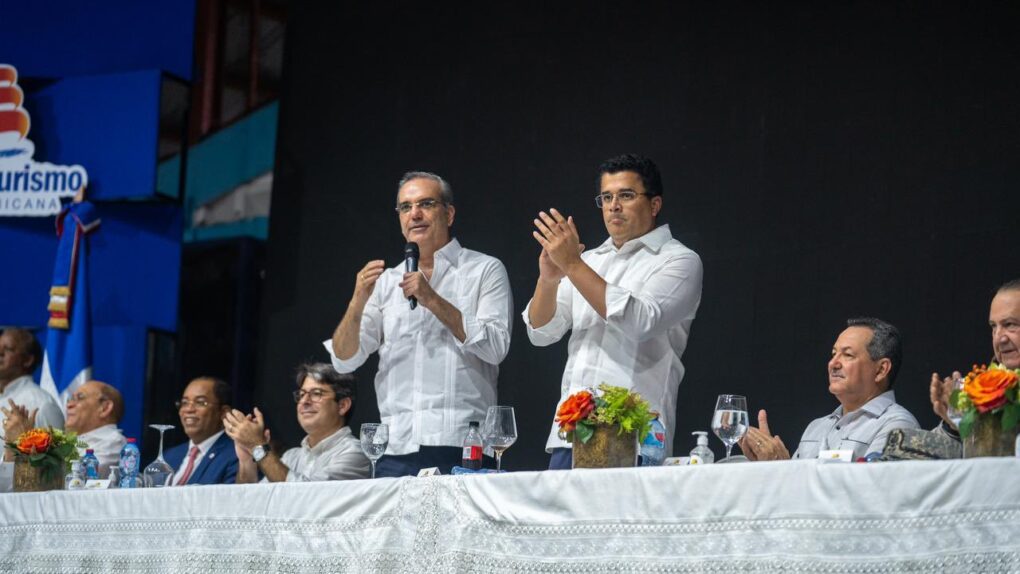 President Luis Abinader and the Minister of Tourism, David Collado, led the launching ceremony of the National Plan for the Reorganization, Regeneration, Training and Financing for Associations and Informal Vendors of the beaches.

The activity took place at the San Lázaro club, where thousands of tour guides, small business owners and representatives of associations from those coastal areas from all over the country participated.

In said plan, more than 3,000 million pesos will be invested in the renovation of 25 beaches, bringing training and financing for the benefit of hundreds of families that reside in these tourist areas.

With the San Lázaro Club in Santo Domingo crowded, President Abinader loudly stated that raising tourism has been a joint effort that “has been worth it, thinking of the Dominican worker”, being applauded and cheered by those attending the act.

He emphasized that “raising tourism has made us feel proud of having in the Central Bank the highest foreign exchange reserves that the Dominican Republic has ever had.”

He added that the face of these benefits of tourism growth, product of tireless work, “is each one of you”, addressing those present.

The Minister of Tourism, David Collado, expressed, on his side, that as part of this plan, the small merchants who operate on the beaches to be intervened will receive the transformation of their spaces and training on the quality of their services, improving their economy and the of their families, with a vision of urban planning that will attract more tourists.

He said that more than three thousand beach vendors throughout the country have recovered their sales and are part of the renovation and reorganization project for these tourist spaces.

“And we started a program in which we are going to renovate 25 beaches and today we are in Macao, in Miches, Guayacanes I and II, Las Galeras, Los Patos, and we are going to Palenque, Puerto Plata and all the beaches in the country with a budget. of more than 3 billion pesos”, proclaimed the official.

Related – Puerto Plata 101 – Everything you need to know

“I want to express the pride and satisfaction I have in working with President Luis Abinader, the man who has most supported tourism in the country’s history,” Collado said.

At the event, President Abinader received recognition from vendor associations.

The directors of the Professional Technical Institute (INFOTEP), Rafael Santos, and Promipyme, Porfirio Peralta, also spoke, presenting their programs focused on the training and education of entrepreneurs and informal merchants, as well as financing at low interest rates.

What is the cost of Starlink in the Dominican Republic?