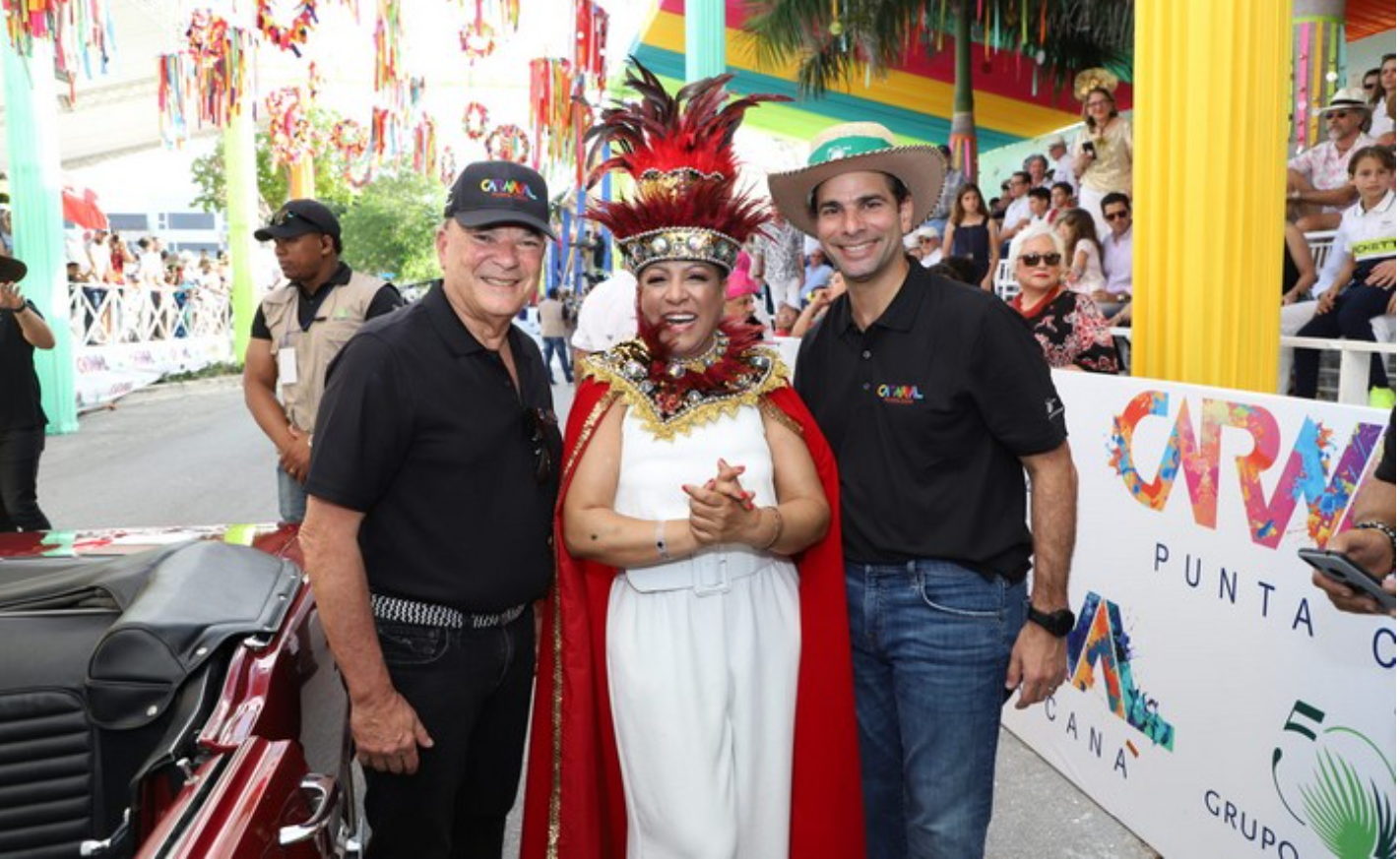 The grand parade will begin at 3:00PM with the participation of more than 20 comparsas and more than 1,500 national and international carnival fans, who will celebrate Dominican folklore and culture. It is estimated to receive more than 15 thousand people between nationals and tourists.

During the event, the public enjoys the coronation of King or Queen Momo, which is the great surprise of the festival gala since the distinction is awarded to prominent and influential national personalities who inspire society with their work. Dominican. In previous editions, figures such as Oscar de La Renta, Marcos Díaz, Michel Camilo, José Antonio Molina, and Freddy Ginebra have been crowned King Momo and, more recently in 2020, the “Queen of Merengue,” Milly Quezada, was crowned as the first Queen Momo in the history of the Punta Cana Carnival.

This edition includes live music, food trucks, and entertainment in a safe and familiar environment.

About the Punta Cana Carnival

The Punta Cana Carnival is the most anticipated meeting of art and culture in the Eastern region. The cultural festival emerged in 2008 as an initiative of Grupo Puntacana to promote the folkloric traditions of the Dominican Republic and welcome thousands of local and foreign visitors.

Among the emblematic troupes of the Punta Cana Carnival are “Las Musas de Punta Cana,” made up of a group of ladies from the community, who each year jointly design their carnival costumes, choosing a representative theme of Dominican culture.

The Muses of Punta Cana is sided by the Puntacana International School (PCIS) troupe, in which students and members of the school staff parade with ingenious carnival costumes, symbolizing issues related to the environment and the country’s culture. The troupe of Los Tres Caras, Las Musas’ protectors, also participates.

The 2022 edition was suspended due to the resurgence of the pandemic. Previously the thirteenth edition brought together approximately 22,000 people and was held as part of the celebrations for the 50th anniversary of Grupo Puntacana.

The Punta Cana Carnival is a free event for the general public. It will have platforms for sale for those who wish to purchase their tickets at the Four Points by Sheraton Puntacana Village hotel, the Puntacana Resort & Club Visitor’s Center, and at the offices of Real Estate Sales in Galerías Puntacana, Puntacana Village.

Hotels and Cluster Santo Domingo promote the destination in the USA