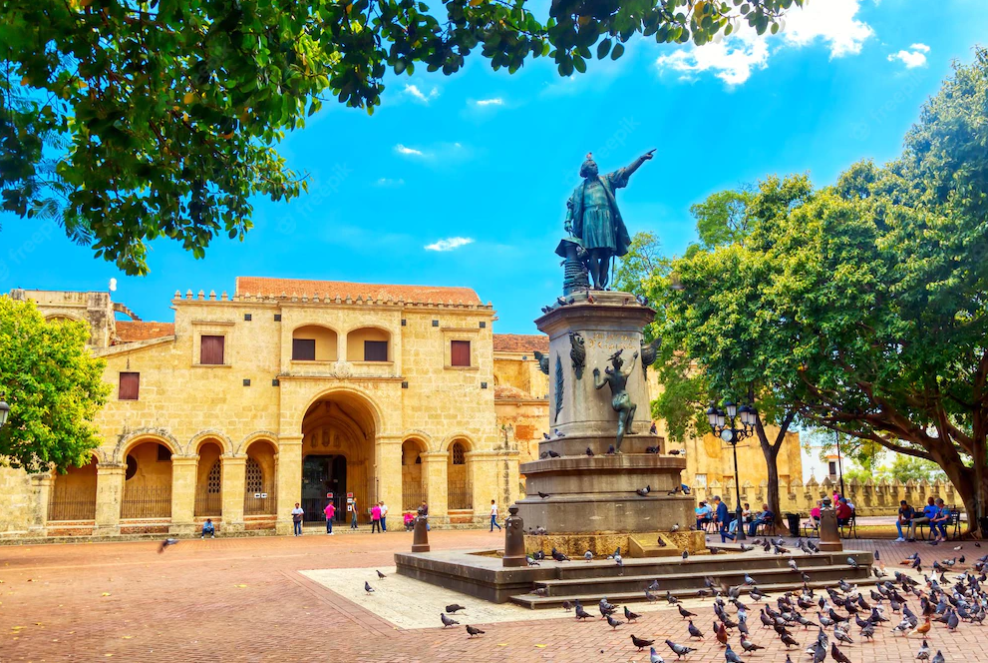 The Dominican Republic is a sovereign state located on the island of Hispaniola in the Greater Antilles archipelago of the Caribbean region, and home to some of the most stunning beaches, lush landscapes, and friendly people, making it a popular destination for tourists from all over the world.

Santo Domingo, the capital, is a bustling city with a rich history. Founded in 1496, it is the oldest European settlement in the Americas and home to many historic landmarks, including the Cathedral of Santo Domingo, which was built in 1512, and the Fortaleza Ozama, a Spanish fort that dates back to the 16th century.

The city is also a popular tourist destination because of its restaurants, and nightlife.

The currency is the Dominican Peso, and the weather is warm and sunny year-round, with an average temperature of 26 °C (79 °F). The rainy season typically runs from May to November and it has an annual precipitation of 1,346 millimeters (53.1 inches).

Punta Cana is another popular tourist destination in the Dominican Republic. Located on the eastern tip of the island, Punta Cana is known for its white sand beaches and turquoise waters. The area is also home to many luxury resorts and golf courses. It became top destination with plenty of direct international flights.

Puerto Plata is another popular tourist destination. Situated on the northern coast. is known for its beautiful beaches, mountains, and waterfalls.

The Samana peninsula, located in the northeast is known for its pristine beaches, jungle hikes, and whale watching.

The Dominican Republic’s highest point is Pico Duarte, at 3,098 meters (10,164 feet) and its landscape include dozens of mountains, forests, and rivers all providing a unique setting for a perfect vacation. Visitors can enjoy a variety of activities, including swimming, hiking, and exploring the many historical sites.

The country’s habitats include tropical forests, grasslands, and mangroves, which are home to a variety of animals.

The National Zoological Park has a space dedicated to the conservation of the only three endemic mammals that survive in the Dominican Republic: the Solenodon (Solenodon paradoxus); Hutia (Plagiodontia aedium); and the Brown or Funnel-eared Bat (Natalus major). The national bird is the Palmchat.

Some other animals that can be found in the country include the Rican parrot, the Hispaniolan amazon, the Puerto Rican nightjar, and the West Indian manatee.

It is a culturally diverse country, with influences from Spain and the Americas. Dominican culture is a mix of music, dance, and art, and is home to many festivals and carnivals throughout the year.

Baseball is our national pastime and the country has produced some of the game’s biggest stars in Major League Baseball and have a reputation for being incredibly talented and hardworking.

Whether you’re looking for a relaxing getaway or an adventure-filled trip, the Dominican Republic has something to offer everyone.

Read more – Where is the Dominican Republic located?

Related Topics:Basic Information
Up Next

What time is it in the Dominican Republic right now?